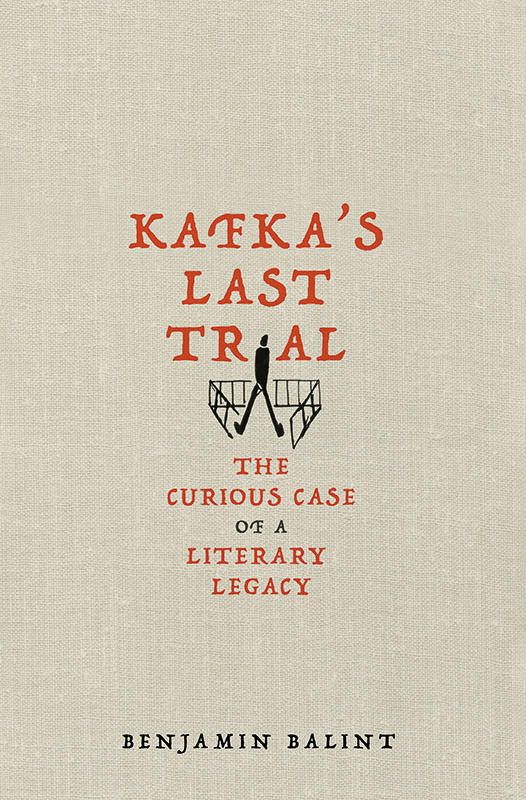 The story of the international struggle to preserve Kafka’s literary legacy. Kafka’s Last Trial, named a Book of the Year by The Economist and winner of the 2020 Sami Rohr Prize, begins with Kafka’s last instruction to his closest friend, Max Brod: to destroy all his remaining papers upon his death. But when the moment arrived in 1924, Brod could not bring himself to burn the unpublished works of the man he considered a literary genius―even a saint. Instead, Brod devoted his life to championing Kafka’s writing, rescuing his legacy from obscurity and physical destruction.

The story of Kafka’s posthumous life is itself Kafkaesque. By the time of Brod’s own death in Tel Aviv in 1968, Kafka’s major works had been published, transforming the once little-known writer into a pillar of literary modernism. Yet Brod left a wealth of still-unpublished papers to his secretary, who sold some, held on to the rest, and then passed the bulk of them on to her daughters, who in turn refused to release them. An international legal battle erupted to determine which country could claim ownership of Kafka’s work: Israel, where Kafka dreamed of living but never entered, or Germany, where Kafka’s three sisters perished in the Holocaust?

Benjamin Balint offers a gripping account of the controversial trial in Israeli courts―brimming with dilemmas legal, ethical, and political―that determined the fate of Kafka’s manuscripts. Deeply informed, with sharply drawn portraits and a remarkable ability to evoke a time and place, Kafka’s Last Trial is at once a brilliant biographical portrait of a literary genius, and the story of two countries whose national obsessions with overcoming the traumas of the past came to a head in a hotly contested trial for the right to claim the literary legacy of one of our modern masters. 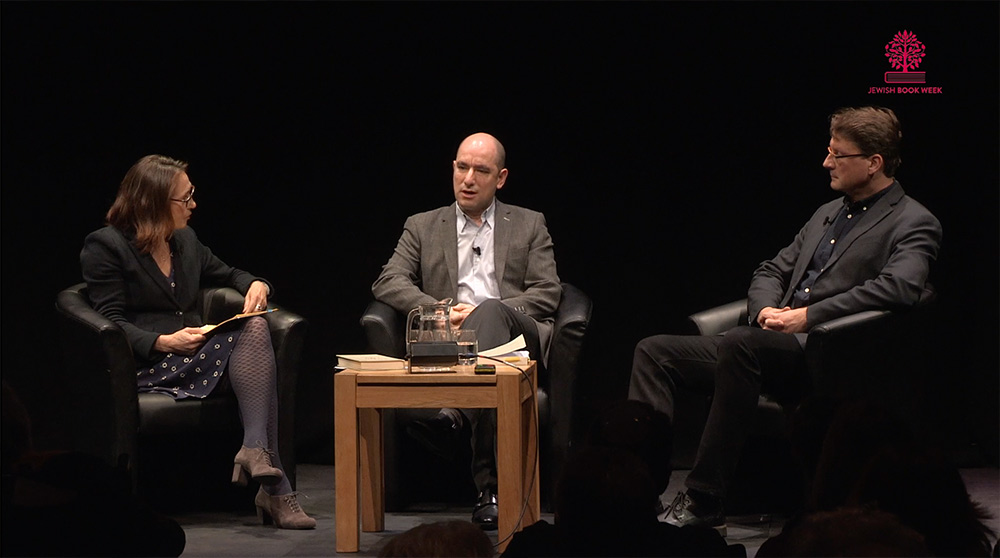 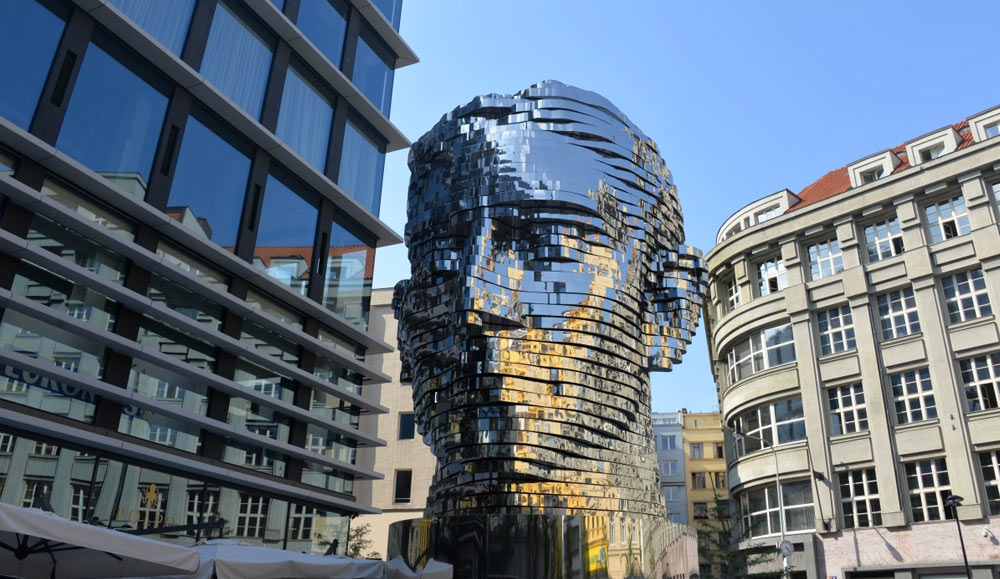 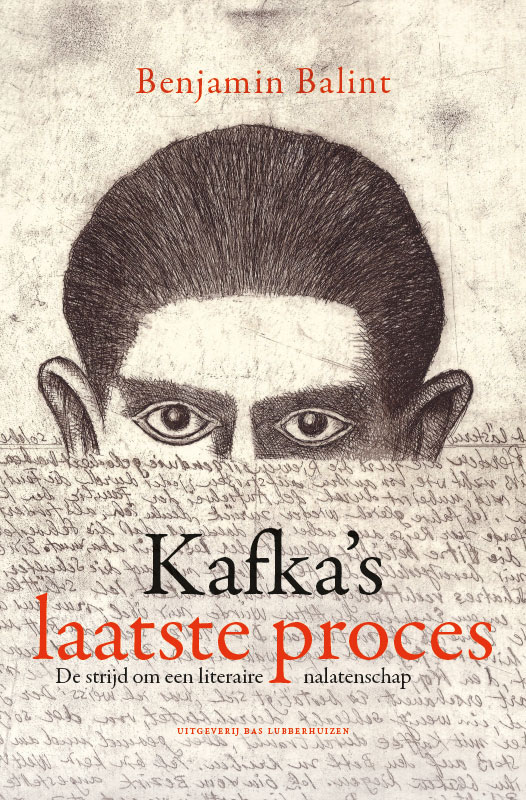 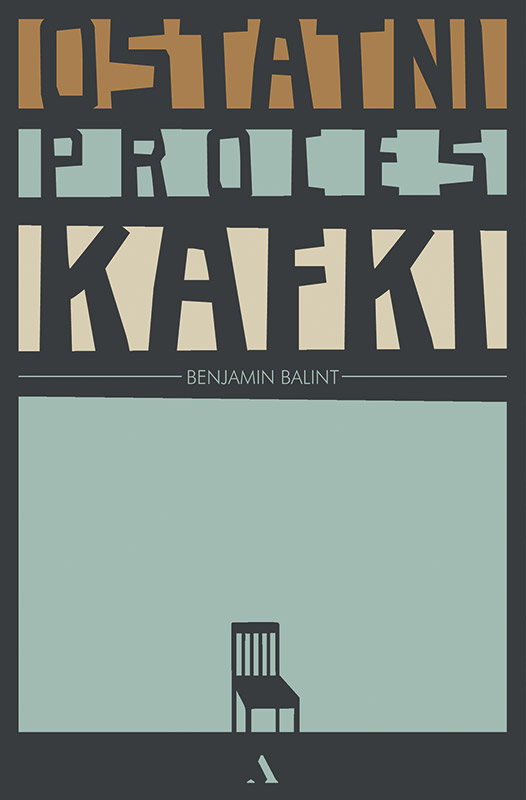 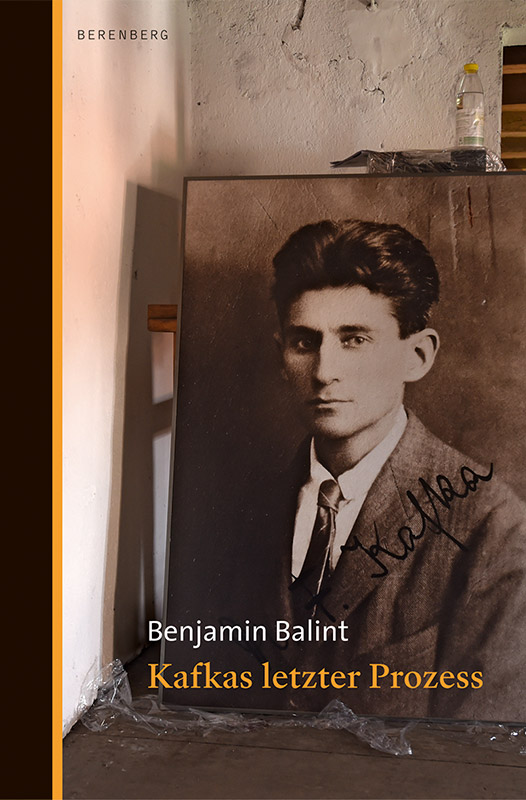 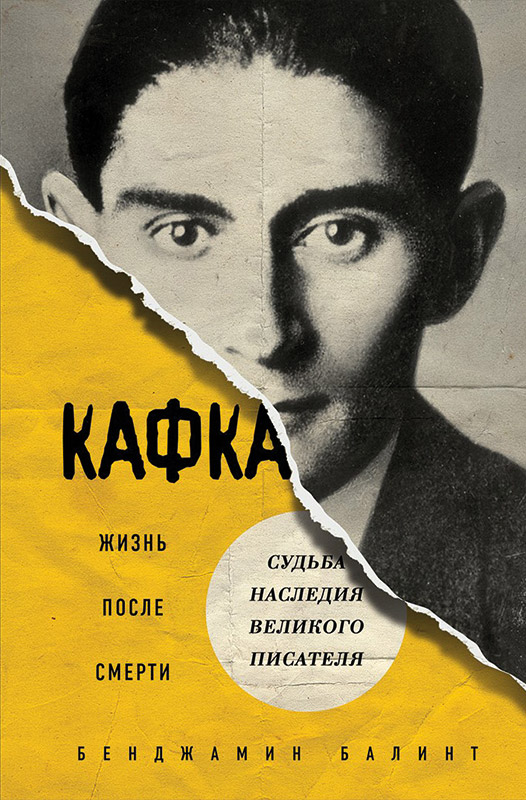 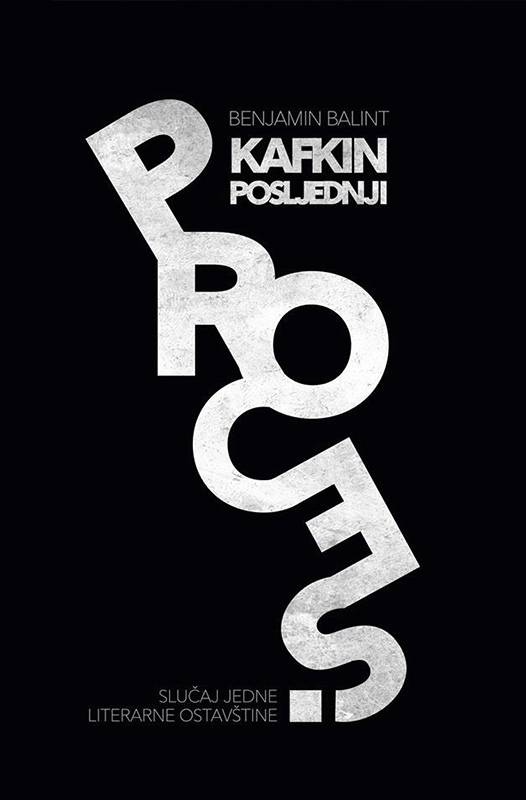 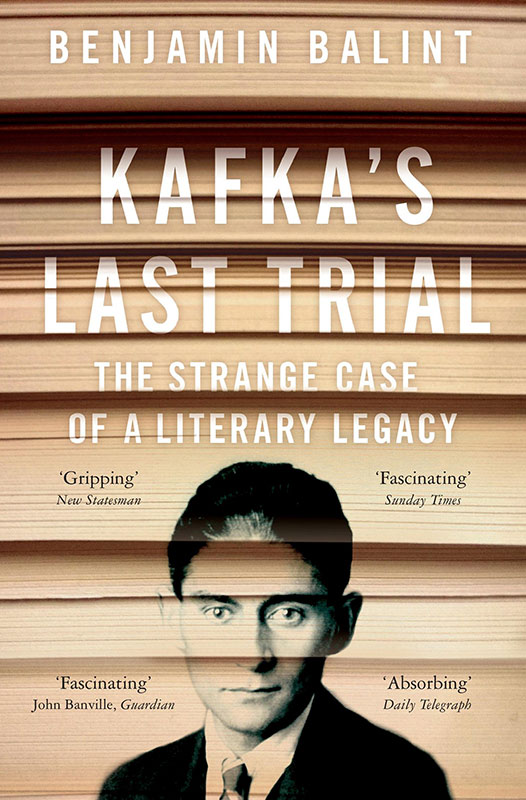 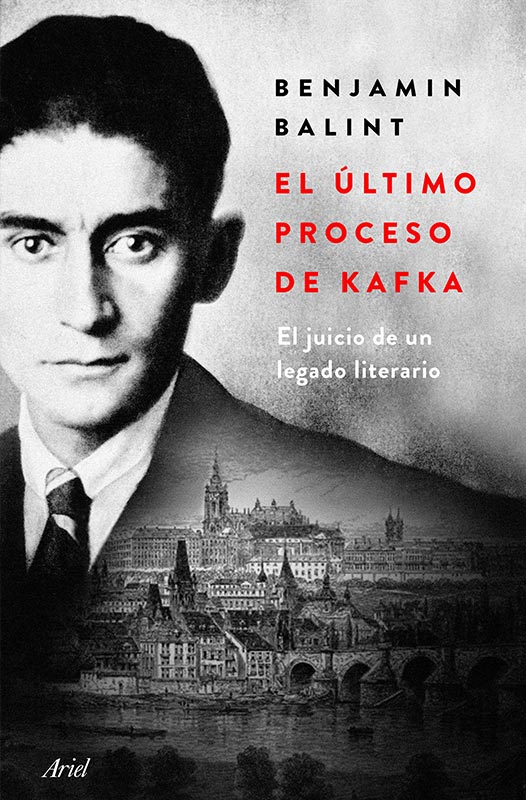 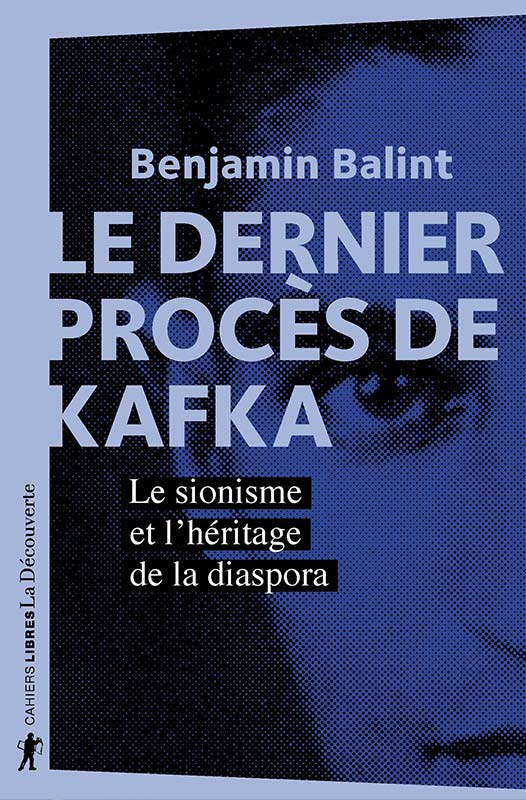 Though Balint’s masterful hunt for Kafka’s rightful ownership begins as a local dispute in an Israeli Family Court, it soon thickens into modernity’s most bitterly contentious cultural conundrum.

Thrilling and profound, Kafka’s Last Trial shines new light not only on the greatest writer of the twentieth century and the fate of his work, but also on the larger question of who owns art or has a right to claim guardianship of it.

Superb…. Beautifully crafted, with just the right ratios of empirical-legal information, intellectual history, critical awareness of Kafka and his work, and wise reflection.

My book of the year… exciting, unsettling and wise…. An overdue reminder of the rich complexities of being Jewish in Europe (and Israel) and how Jewish cultural life has always flourished on dissent and variety and playfulness, despite the decades–the centuries–of horror.

A fascinating and engaging book about Franz Kafka, about Max Brod,
and about the vicissitudes of expulsion and exile.

Balint elegantly intercuts courtroom scenes with episodes from Kafka’s biography and cultural afterlife. He brings out every paradox of a judicial process that tried to tie down this most ambivalent of authors, the ultimate “disaffiliated pariah,” to a fixed identity.... Balint’s scrupulous and sardonic prose makes you love Kafka and dread the law.

Although Kafka’s Last Trial is a work of nonfiction, it reads almost like a novel... a vital, gripping tale of a deep friendship between two seemingly incompatible young men—and how the early death of one prompts the other to become the guardian of his friend’s memory.

Dramatic and illuminating… In Balint’s account, the case involves much more than the minutiae of wills and laws. It raises momentous questions about nationality, religion, literature, and even the Holocaust.

Thoughtful and provocative… raises far-reaching, even existential questions about literary ownership, the lingering after-effects of the Holocaust and, finally, how to understand Kafka: as a Jewish writer who wrote in German or a German writer who happened to be Jewish.

A gifted cultural historian… Balint reveals a Kafka whose artistic universality was born of the particularity of his Jewish German, Prague-based experience.

A tale pitting two Goliaths against one octogenarian David, untangled in exacting, riveting detail by Benjamin Balint in his new book, Kafka’s Last Trial.... a must-read for its expert tightrope walk through not merely what happened, but how and why.

Wise and eloquent.... a felicitous mixture of reportage and scholarship.

A fascinating page-turner.... cultural history at its best.

[An] absurd and thrilling tale.... Balint weaves the story together artfully.

Kafka’s Last Trial is a legal and philosophical black comedy of the first order, complete, like all the best adventure stories, with a physical treasure to be won or lost.... A deep yet entertaining look at something we should all care very much about: the absurdity of our modern obsession with “authenticity” and “ownership.”

Judiciously yet sympathetically even-handed. Balint moves between the most recent decade and Kafka's lifetime, filling in the picture subtly and gradually…. I warmly recommend this deeply absorbing book.

Balint fascinatingly examines how much was at stake for Germany and Israel in claiming Kafka as their man…. Kafka’s Last Trial is the story of the cultural struggle between two nations obsessed with the past, for possession of a literary saint. It is also a fascinating study of the saint himself.

Balint’s eloquent, insightful account of the long court battle over Franz Kafka’s literary remains explores some of most challenging ethical problems of our time, while also sustaining the intrigue of a rich courtroom drama.

A wonderful book about a tormented master, and about picking up the shattered fragments of a destroyed Jewish civilization. Balint is a master storyteller equal to the task of telling the story of Kafka’s strange literary afterlife.

Balint’s book is a legal thriller…. Balint treats the cases as a metaphor, a sequel to Kafka’s own short story “Before the Law” where the inscrutable gatekeepers of the law deflect those seeking justice. But beyond the literary, there are deeper questions about the nature of cultural property.

Balint untangles the motivations of the protagonists, guides us
through the legal labyrinth, and provides a new angle from which to
examine this iconic writer and gnomic sage. An elegant, insightful
book.

A highly entertaining story of literary friendship, epic legal battles, and cultural politics centered on one of the most enigmatic writers of the 20th century.... an exquisitely human drama peopled with an eccentric cast of characters that beautifully evokes the early days of Israel, the sadness of the exiles, and the long shadow cast by the Holocaust.